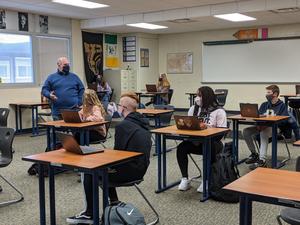 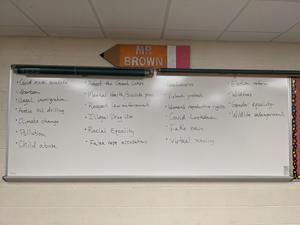 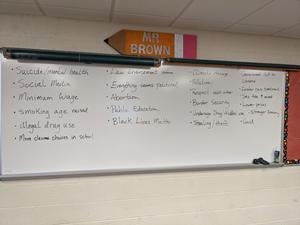 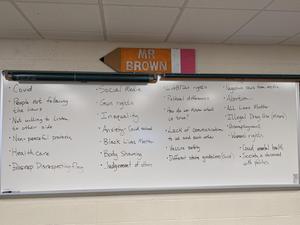 Our middle school social studies teachers are challenging 8th graders to tackle issues important to them, using current events.
The recent attack on the nation’s Capitol building is taking center stage in social studies classes across the nation and here at Otsego. OMS 8th graders discussed the events, and are finding a way to turn the confusion into a positive effort.
“We discussed that many people feel that their voices are not being heard and that oftentimes 8th graders have that same basic feeling,” says teacher Tom Brown. That’s how he started the conversation. He asked them to pretend that Rep. Fred Upton walked in the room and asked for advice. The class then created a list of things they thought needed fixing. The issues could be in politics, society or the world. "We then created a list of issues on the board and the students were tasked with prioritizing their list," He adds. Students are researching their top one or two issues and hopefully coming up with solutions or advice.
Later in the week, they began a draft of their letter to Rep. Upton and finishing it next week to be sent to his office.
Check out three of the six issues boards the students created.