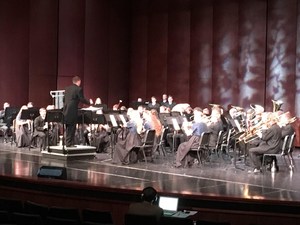 Otsego performed at its best this April at State and came away with high marks.
The Otsego Symphonic Band has a history of excellence, and that tradition continued this spring at the State Band Festival. The band received straight I's and were the only band to receive that score throughout the day. They also got all A's and A+'s on their sheets. "The kids blew me away with their performance and how good it was," says Band Director Mitch Piersma.
The band ended the spring season with a great collage concert and is now turning its focus to next fall's marching season.